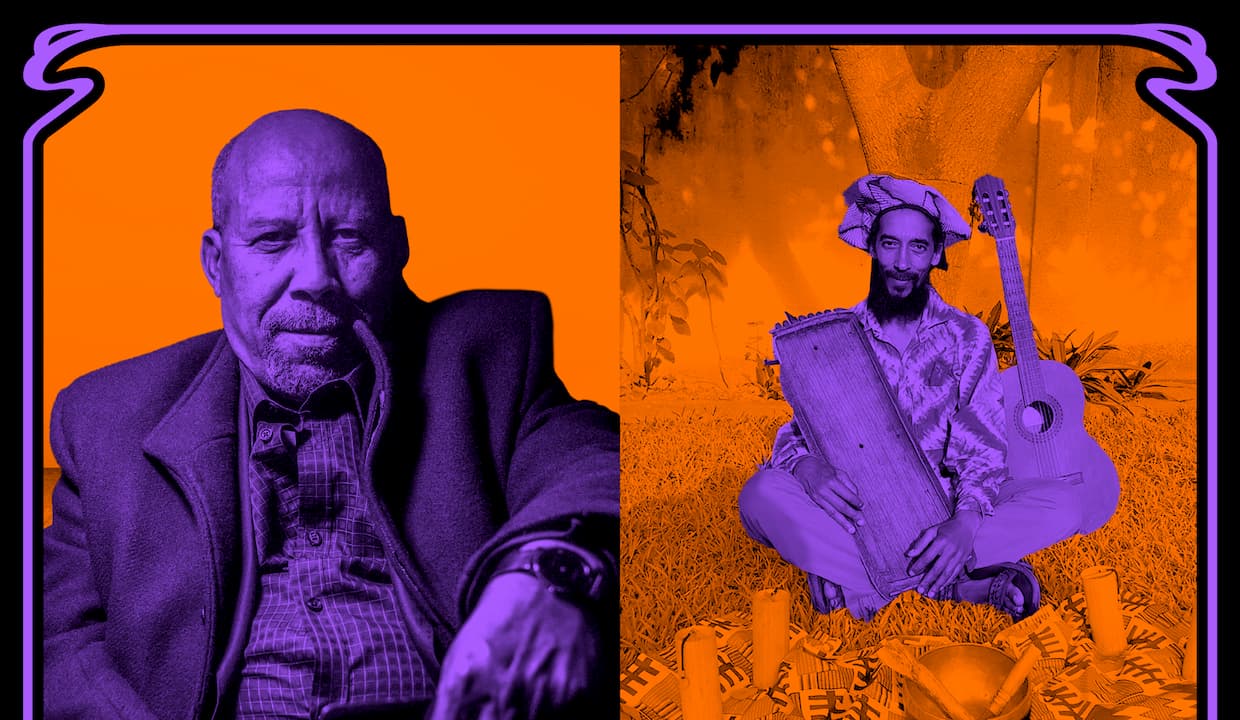 From 22 to 26 August, you can again count on AB’s free summer festival Feeërieën for a musical smorgasbord. In 2022, we’ll again be alighting at the extremely attractive location Gare Maritime, on the Tour & Taxis site (Rue Picard 3, 1000 Brussels). Find out here how to access Gare Maritime.

This year, Feeërieën is taking on an extra dimension with the AB summer terrace: a programme of fringe activities and workshops.

7u00 PM: SOUNDTRACK BY: MONSTERA OCCULTA

Nyati Mayi & The Astral Synth Transmitters is the curious Congolese/Belgian project of multi-instrumentalist, singer and improv dancer Nyati Mati and Brussels producer DJ Sofa (see too: Mameen 3). The result of which is soon to be heard on their debut ‘Lulanga Tales’. An effervescent vat full of outsider music or – if you will – free form music. With echoes of nineties hip-hop, folk, dub, Fela Kuti and Sun Ra.

Mulatu Astatke-soulmate and living legend Hailu Mergia actually drops by the Feeërieën! The now 76-year-old keyboard player and accordionist has been an innovative force in Ethio-jazz since the ’70s. He began as bandleader of the Walias Band and made a name for himself as a pioneer during the ‘golden age’ of Ethiopian jazz-funk. Their album ‘Tche Belew’ (1977) saw appearances by good folk like Mulate Astatke, and collectors pay more than €2000(!) for an original copy.

Astatke also spoke praise of the man in the liner notes: “To arrange and perform music like Hailu Mergia requires special talent.” His career received a solid boost by the re-release of his ‘forgotten’ music by the label Awesome Tapes from Africa (see too: Ata Kak, Antoinette Konan, Nahawa Doumbia, …), followed by a series of new releases such as ‘Lala Belu’ in 2018 and ‘Yene Mircha’ in 2020.