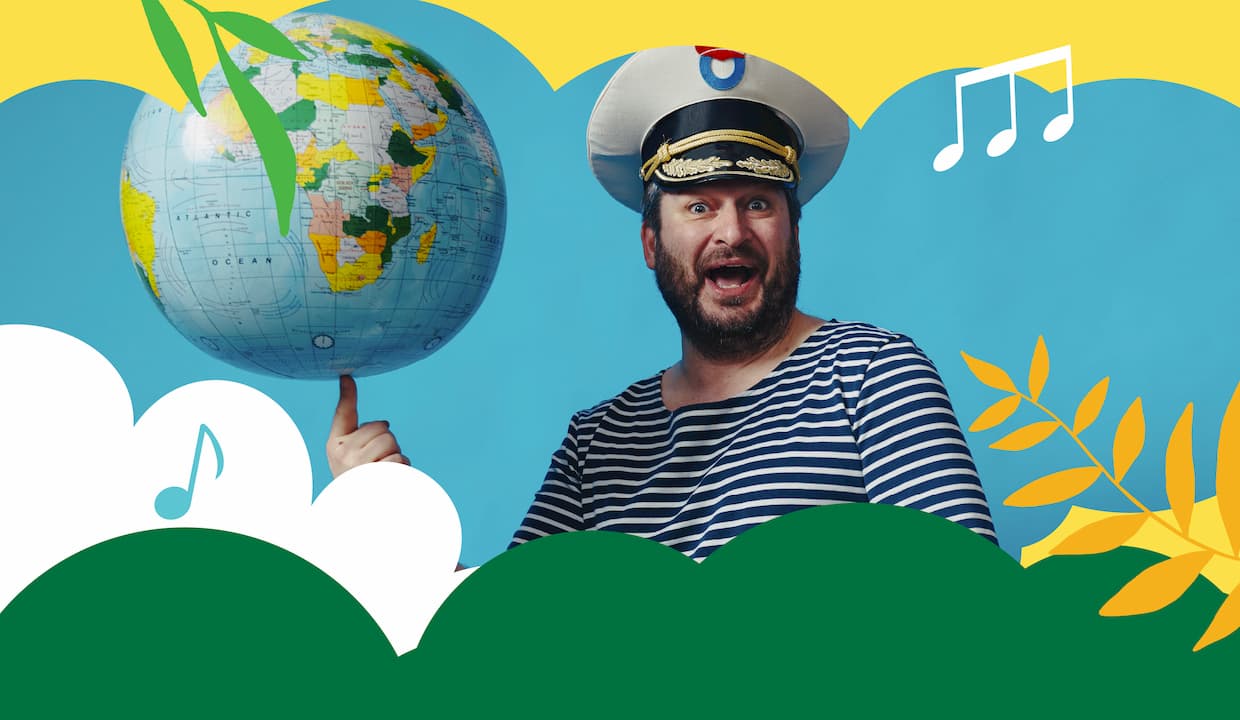 All mums and dads: turn your little pawns into champions here!

Finally, Boterhammen in de Stad again! In 2022, we’ll again be alighting at the extremely attractive location Gare Maritime, on the Tour & Taxis site, ( Rue Picard 3, 1000 Brussels ) a well-known site to a, slightly older, Couleur Café audience). Always free, every afternoon from Monday 22 to Friday 26 August, with a relevant musical act each day. This time too, ‘de Bokes’ are organised by AB and this is the 32nd edition (whereby, also interesting (but entirely an aside): 32 = 1¹ + 2² + 3³ ;>). Find out here how to access Gare Maritime.

This year, Boterhammen in de Stad is taking on an extra dimension with the AB summer terrace: a programme of brilliant fringe activities and workshops.

Wednesday afternoon: traditionally children’s time, and also a chance to go wild once more before school starts again. Who better to take us along on his mad musical channel than Kapitein Winokio, alias Winok Seresia and his nutty sailors, plus Mevrouw de Poes of course? In the meantime, the Kapitein & Co. have been playing and writing and drawing together a cargo full of fun toddler, preschool, children’s books and albums. Under the motto: “Kom, zing, dans, lach en vier met ons mee! Spits dus de oren, smeer de stembanden en warm die beentjes maar op!” Hop!

Last century, they were already at the Boterhammen very early on… with their, even then, rather leaky inflatable boot. Meanwhile, also having been in AB with that immense series of Bear Concerts.